The last few days, I have been commuting to work on my bike as it is offers me good flexibility as far as working hours are concerned. Last night after the shift got over, I was traveling on the Ghodbunder Road and faced the usual truck traffic and was able to negotiate safely. After reaching Dahisar Toll Naka, I see the Orange “check engine warning light” come on. I had seen this warning light come on earlier when I did the road trip to Asherigadh. However, after reaching Mumbai I got the bike serviced and didn’t get the warning light. So I didn’t really take any action. Like earlier this time also, I decided to ignore the light and continued towards home. After a few seconds, the light didn’t appear and I thought to myself just like last time. Just when this thought was going through my head, my bike stopped right in the middle of the road. This is the first time in 3 years that something like this had happened with the bike, so my first reaction after panic was to park on the side of the road and wait for a few minutes. After waiting for a few minutes, I turned on the bike again and it didn’t start and made a very strange noise. The noise was good enough to tell me that something is seriously wrong with the bike. I was hoping that the bike would turn on and I wouldn’t have to park the bike in some unknown street or building.  I tried again after a couple of minutes and the bike turned on. So I drove extremely cautiously and reached home.

Today morning, I took the bike to the Yamaha Service Center and they said it is a known “minor” issue and there could be some problem with one of the seven sensors in the bike. I was hoping to get the bike fixed today and get it to work, however, it is still not ready and I am thinking if it was just a “minor” issues what is taking the people at the service center such a long time. Just hoping that there is nothing major.

Update: So it turns out the battery in the bike was dying and had to be recharged. However, have been asked to keep an eye on the “orange” warning light. In case if it comes on again, I will need to get a new battery or probably replace the coil. So nothing major so far yet. 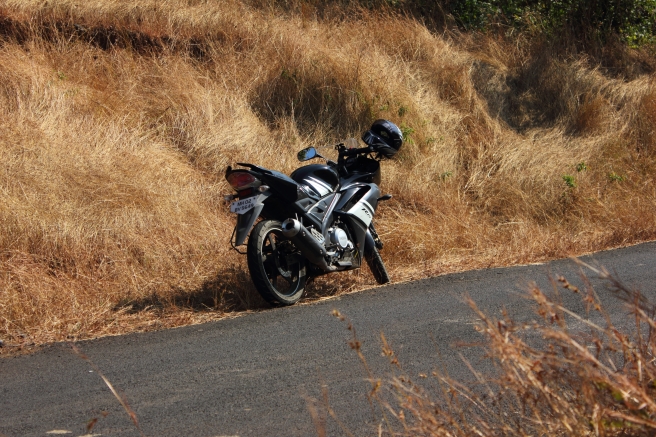 I am Akshay Varma, a Project Manager who likes writing, taking pictures, and listening to music. I am mainly work with projects in transition and onboarding of new client projects and business transformation. I like writing about current affairs and how they effect me, my personal life and anything and everything which comes to my mind. I like landscape and bird photography. Humans as photographic subject don't attract me :). This is a personal blog and thoughts written here are my own and do not reflect/ represent those of the organization(s) that I am with in professional or personal capacity. View all posts by Akshay

This site uses Akismet to reduce spam. Learn how your comment data is processed.