The Teacher’s day speech from the movie 3 Idiots has to be the funniest dialogue of all times in a Hindi movie. It cracks me up every time I watch this movie. I remember watching this movie the first time in a theater and the first time I heard this speech I laughed till my stomach hurt.  The dialogue delivery along with the facial expressions of the character, Chatur Ramalingam, are just too good. I don’t think anyone could have done it better. Hence I decided to post the transcript of the dialogue, along with the translation below and relive the moment.

Welcome our Chief guest, the Minister of Education. Welcome our respected Mr. Chairman(Dean), and our respected teachers and schoolmates… The reason our school can be so successful is only one person’s contribution, Dr. Viru Sahhastrabuddhe! Give him a big hand… He’s a great guy really… For 32 years, he has been continuously raping (The original word chamatkar means ‘doing wonders’ whereas balatkar means ‘rape’) college students… We believe that he will continue that. It’s so astonishing that a man can rape so many students perfectly in his life! His perseverance must come from his practicing! He devoted every moment to raping! We should learn from him! The students here will soon be all over the world. Wherever we go, we will continue to rape! We will make I.C.E proud ! We will show everyone that our ability to rape is incomparable!

Good evening, Mr. Minister of Education. You gave us one thing that we need most… Breasts (The original word means funds). Everyone has boobs, but they all hide it… No one would generously give them to others! But you gave your boobs to this rapist… Now you’ll see how he uses of it!

(Verse) A loud fart is respectable… A medium fart is tolerable… A slight fart is fearful… A silent fart is unbearable…!

Found this Calvin & Hobbs masterpiece sometime earlier. It is a pretty accurate reflection of the economic crisis in many countries.. 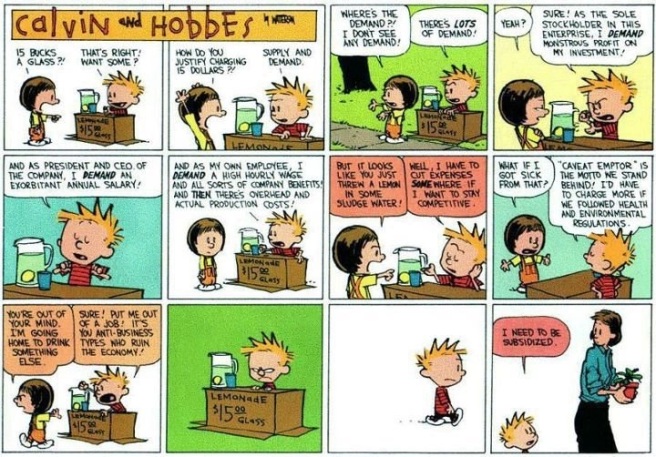 I found this on the web.. Needless to say, I was ROFL after I saw this. 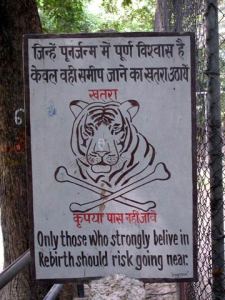 I know many of you must have received this as a forward in their emails or must have read it somewhere. I read this on Reddit and couldn’t help but post it here. 🙂

Why I gave up beans
One day I met a sweet gentleman and fell in love.

When it became apparent that we would marry, I made the supreme sacrifice and gave up beans.

Some months later, on my birthday, my car broke down on the way home from work.

Since I lived in the countryside I called my husband and told him that I would be late because I had to walk home.

On my way, I passed by a small diner and the odor of baked beans was more than I could stand.

With miles to walk, I figured that I would walk off any ill effects by the time I reached home, so I stopped at the diner and before I knew it, I had consumed three large orders of baked beans.

All the way home, I made sure that I released all the gas.

Upon my arrival, my husband seemed excited to see me and exclaimed delightedly: “Darling I have a surprise for dinner tonight.”

He then blindfolded me and led me to my chair at the dinner table.

I took a seat and just as he was about to remove my blindfold, the telephone rang.

He made me promise not to touch the blindfold until he returned and went to answer the call.

The baked beans I had consumed were still affecting me and the pressure was becoming most unbearable, so while my husband was out of the room I seized the opportunity, shifted my weight to one leg and let one go.

It was not only loud, but it smelled like a fertilizer truck running over a skunk in front of a pulpwood mill.

I took my napkin from my lap and fanned the air around me vigorously.

Then, shifting to the other cheek, I ripped off three more. The stink was worse than cooked cabbage.

Keeping my ears carefully tuned to the conversation in the other room, I went on like this for another few minutes.

The pleasure was indescribable.
When eventually the telephone farewells signaled the end of my freedom, I quickly fanned the air a few more times with my napkin, placed it on my lap and folded my hands back on it feeling very relieved and pleased with myself.

My face must have been the picture of innocence when my husband returned, apologizing for taking so long.

He asked me if I had peeked through the blindfold, and I assured him I had not.

At this point, he removed the blindfold, and twelve dinner guests seated around the table chorused: “Happy Birthday!”

I am sure most of you have heard of the song “Aap jaisa koi” from movie Qurbani. A colleague of mine used to sing.. “Aap jaise koi meri zindagi mein aaye toh BAAP ban jaye” (If someone like you enters my life, you will become a father). The other day she was singing this and we all burst out laughing and I couldn’t resist posting this on the blog. Have a good weekend everyone :).

This is parody of a very popular Hindi song.. I wrote this sometime last year.

I usually dont post much about my work on my blog.. but this is something that I had to post. This happened between a colleague from my project and a colleague from a different project. It seems we have this cold war going on between our projects and hence there is not much friendly interaction. But anyways.. so my project colleague, S, was sitting on the left side of the window in the car and we were waiting to pick up M, from the another project. Well M comes and she opens the left side door, while S was leaning on it. What happens next is best described in the conversation below..

Obviously this conversation was in bengali so I might have missed a couple of sentences.. but I enjoyed the cat fight to the fullest. I hope 2007 brings me lots of these. Buhahah

This happened sometime yesterday.. I have my homepage set as Google. So yesterday when I opened my browser to surf the net.. this is the page I got.. Please take a look at the current temperature for Mumbai and Kolkata. Now I wish that would be true.. such low temperatures 🙂 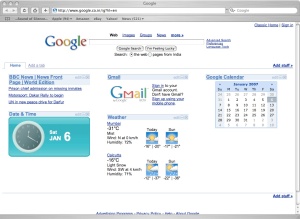 Every 2nd friday it is time for me to pack and head home and usually every one of those Fridays I am busy and always thinking if I am forgetting anything. This past Friday was also no different. The morning went unbelievably smooth and I wondered whether the 2nd Friday jinx has been broken. I was merrily going about my stuff until 1:40pm, when I recieved a phone call. It was from a fellow blogger Nabeela. A couple of weeks ago we had decided that we would catch up for lunch when she was in the city on the 22nd. I totally forgot that it was the 22nd and I am supposed to have lunch with her. I was really pissed off at my self for not writing it down in my calendar or my book or on anything. There was no ways I could leave office early that day, so I asked her if she could come over to my office, which again is a weird thing to do. I am really thankful that she refused that offer. So I asked her when her flight would be leaving, since I would be heading to the airport in the next 4 hours also. As it turnes out she was supposed to fly out at 7:30pm and my flight was at 8:30pm. So I told her I would catch up with her at 6pm. Nabzz, if you are reading this blog.. I am very sorry for what happened this past Friday.

Usually I leave office at 6:45pm, but on Friday I left at 5:35pm. The taxi driver was driving like a maniac and got me to the airport at sharp 6:00pm. With my luck being the way it was, after sending countless sms’ I still couldnt get hold of her. I was all alone at the airport eating the box of chocolates I got for her for about 2 hours. The only good fortune was the flight was on time (for the first time, I have been flying this flight since last 3 months now and it is always late).

The take-off was pretty smooth and I was enjoying the Kingfisher experience. And then Friday jinx played its part again. The air hostess was serving the dinner and asked me what I would like to have, so I replied Vegetarian please. It seems she ran out of the veg. trays, so she told me she would be back in a few mins. So then, I waited and waited and waited and kept turning around to see if the food was still being served. Finally I saw the air-hostess bring out coffee and I was like, where is my food??. By that time I was seriously starving. So then, I finally asked her what my stomach had been asking me for the last 15 mins. SHe said she would be back in a sec. In the mean time, another air-hostess who was serving coffee saw my distress signal and asked me what I needed. I dont know whether she was new or a regular crew member, but she somehow lost control of her coffee tray and as luck would have it she dropped the hot coffee right next to my feet. Luckily it didnt fall on me or burnt me anywhere. I finally got the food, which was not on the menu and it really sucked. I had some rajma, some roti and some weird subji. Also a bread pudding as dessert. They told me they had run out of vegetarian food and this is all they have for veg. stuff. Almost every crew member started apologizing and I was angry, but couldnt do anything about it. They were all very pretty and I was like it is not good to be rude to pretty ladies. I think Vijay Mallya is very smart. He hires good looking ladies, because he knows men usually cant argue with pretty ladies ;). So everytime they would pass me, they would ask me if I was ok or if I needed something else. At one point of time, I was like yes yes yes.. please give me your telephone number, may be we can catch up for coffee sometime when you are in Mumbai :P:P. Unfortunately, I didnt do anything like that and left it at that.

The landing was on time and I was like finally the day is over, but no there was more trouble brewing for me. It took me 50 mins to get out of the airport. Too many holiday travellers and too few baggage belts. So finally I got home hungry and tired and was hoping mom had made something special, as it turns out there was nothing special, just plain dal and roti. Oh well.. something is better than nothing, so yea after my quick dinner, watched some TV and then went off to sleep. All in all it was an alright day. Worst things could have happened. So yes.. I did enjoy my Kingfisher experience.

I found this picture/article on Reddit.. Just couldn’t resist posting it here.