As mentioned in my previous post, I watched Thor 2 (first day first show again!!) on Friday. Before the movie started, saw the trailer of the movie Sholay in 3D with enhanced sound effects. I was extremely impressed with the trailer and have decided to watch the movie in 3D once it releases. I am not sure of the box office response the movie would get. But I sure am going for the movie.

The story revolves around weapon Aether which was previously owned by  Dark Elf Malekith. Odin’s father defeats him in battle and decides to bury Aether in a place deep down, where no one could find it. Loki is imprisoned after his deeds in New York, while Thor is fighting in Vanaheim to bring peace to the Nine Realms. Meanwhile Jane Foster is in London along with her assistant Darcy who takes her to an abandoned factory where the laws of physics are behaving oddly and objects are disappearing in thin air. Basically the objects get teleported to another world. Jane accidentally discovers Aether and it gets lodged in her body. In the meanwhile, Asgardians learn of the convergence where Nine Realms are aligned in a straight line. When Heimdall is not able to see Jane, he informs Thor of the same and he brings her along to Asgard. The doctors in Asgard are not able to remove Aether as it protects Jane against any threats, but at the same time is killing her.

The discovery of Aether activates Dark Elf Malekith, who was in a deep sleep after his defeat at the hands of Odin’s father. They discover that the Aether is at Asgard and attack Asgard. In their first attack, they are not able to take Aether with them as Jane was hidden by Thor’s mother who dies protecting her. However, the threat is imminent and Thor decides to take Jane to Svartalfheim (Dark World). However, Odin does not support the plan, thus requiring Thor to seek Loki’s help to escape from Asgard.

Thor, Loki and Foster confront Malekith and his forces, where Loki tricks Malekith into drawing the Aether out of her. However, Thor’s attempt to destroy the substance fails, and the Aether-empowered Malekith leaves with his ship. Loki appears to be fatally wounded while protecting Jane. Thor, cradling Loki, promises to tell their father of his sacrifice. Loki replies, “I didn’t do it for him” before evidently dying in Thor’s arms. Thor and Jane reunite with Selvig, Darcy and Ian, Darcy’s intern, in London after discovering another portal in a nearby cave. They learn that Malekith plans to unleash the Aether to destroy the universe, and that he will do this in Greenwich, the center of the Convergence. Thor battles Malekith, but a portal separates them, leaving Malekith unopposed. Thor comes back in time to help Jane, Selvig, Darcy and Ian use their scientific equipment to transport Malekith to Svartalfheim, killing him before he can destroy the universe.

I found the movie to be extremely good and thoroughly enjoyable. I wouldn’t disclose what happens in the end, because that’s the best part about the movie. The special effects in the movie were too good and once again Loki steals the show. I absolutely love the character. He is smart, cunning, full of tricks, while Thor is simple, honest and easily trusting – the two characters couldn’t be any more opposite.  I love the way Marvel makes their movie and introduces one character at a time. Eagerly looking forward now to Captain America – The Winter Soldier. 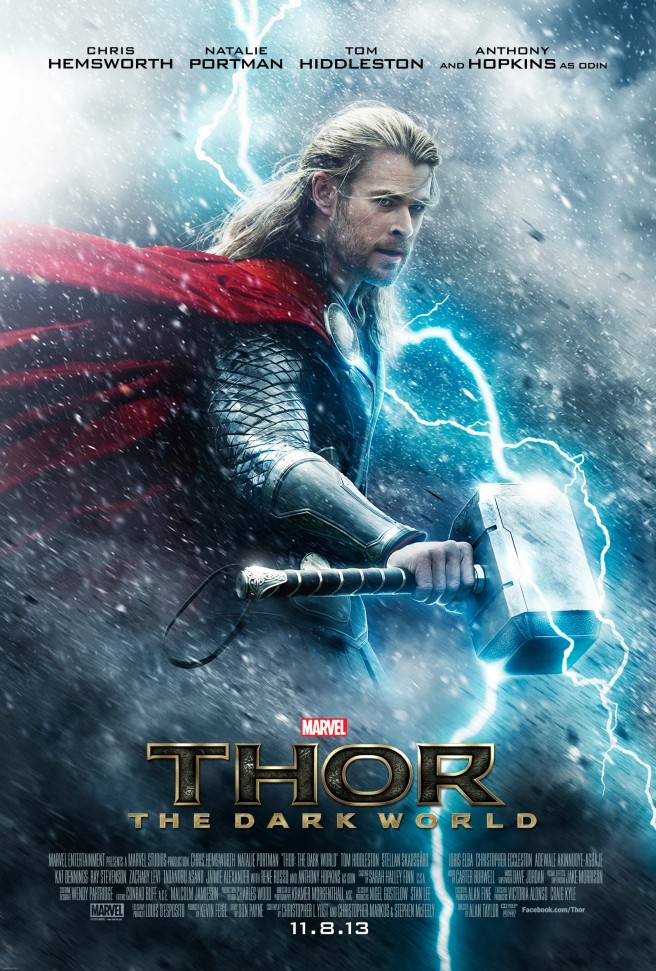 I am Akshay Varma, a Project Manager who likes writing, taking pictures, and listening to music. I am mainly work with projects in transition and onboarding of new client projects and business transformation. I like writing about current affairs and how they effect me, my personal life and anything and everything which comes to my mind. I like landscape and bird photography. Humans as photographic subject don't attract me :). This is a personal blog and thoughts written here are my own and do not reflect/ represent those of the organization(s) that I am with in professional or personal capacity. View all posts by Akshay

This site uses Akismet to reduce spam. Learn how your comment data is processed.

A true legend. Thank you for some of the greatest moments in tennis. #rogerfederer #federer #legend #goat #tennis